During the digestion of food, lot of activities coordinately occur, as the whole process is a system. One of these activities is the generation of acid in the body that assists in the digestion system and it is contained in the stomach. When this acid behaves as if to come back to the mouth causing something commonly known as heartburn, then this effect is what we refer to as acid reflux.

When someone talks about Gastro esophageal reflux, he is referring to the same thing. It is important to clarify here that the act of the acid flowing from the stomach to the mouth is what is called acid reflux; and heartburn is the impact it results in. The acid may sometimes reach the mouth where it has a bitter taste but mostly the victim tends to swallow it back while it is still in the esophagus.

Mostly this is due to the failure of a valve known as esophageal sphincter. This valve is responsible for contracting after the food has entered the stomach from the esophagus. When the stomach side of this valve is destroyed (for example, due to the increased stomach pressure), it results in reflux. 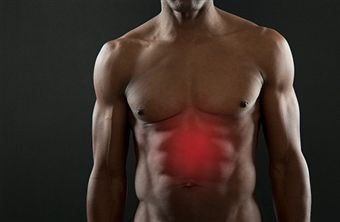 Also, it has been noted that the slow emptying of food in the stomach by the biological processes can also lead to the problem. This is so especially when the victim has eaten more food or presence of insufficient enzymes to process the food. Vomiting and severe coughing leads to the valve protruding to the esophagus thus leading to the reflux. Additionally, consumption of acidic foods, obesity, pregnant mothers, lying immediately after meal on your back, asthma and smoking have also been noted to be a considerable cause.

There are a number of ways one can identify acid reflux. One of the major signs is a regular heartburn – that irritating effect of the acid when it is leaking out to the esophagus. Persistent hiccups can also be a sign of this problem. When you experience a nausea accompanied by dry cough with a bloody vomiting or prolonged sore throat and weight loss with no apparent reason, then too you need to check for this.

In addition, bloating, burping and narrowing of the esophagus have also been used to ascertain acidity. Besides these, there have also been known fruits and juices that contribute to acidity – like, spicy foods, alcohol, citrus fruits, pepper especially the black one, etc.

How to Treatment It?

One of the sure ways to treat the acid reflux is to be keen on the diet one consumes. But before you start taking a particular diet, consult your doctor since our bodies react differently to different foods. When acid production is reduced in the stomach by use of acid suppressants like histamines (which reduce the inflammation), reflux will in turn be reduced. Consumption of bases also helps in reducing the acidity in the stomach. Experts also recommend spending some time after eating before you go to sleep.