Cancer is a disease that has posed a great challenge to the oncologists. Most cancers have symptoms that are less physically apparent, thus making the disease to become a silent killer. Every year, millions of people succumb to this fatal disease. For instance in 2007, cancer claimed lives of about 7.6 million people in the world.

Cancer symptoms vary depending upon the location of cancer on the body, the extent of growth, and the size of tumor. Symptoms such as excessive sweating, fatigue, fever, anemia, and consistent weight loss are associated with this silent killer disease – these symptoms are the result of the body’s energy being used by the cancer cells. 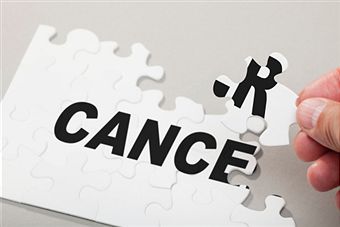 Some cancers can be felt or seen through the skin. For instance, skin cancer usually changes a wart or a mole on the skin. Similarly, oral cancer often manifests with white spots on the tongue or white patches in the interior side of the mouth or cheek. The symptoms of a brain tumor are easier to identify at early stages since they directly hit the cognitive functions.

Some of cancer affected organs do not show up the symptoms themselves; rather they trigger other organs to manifest the symptoms. For example, pancreas cancer interferes with the functioning of the lever, thus causing the skin and the eyes become yellow. Similarly, the growth of a tumor interferes with blood vessels thus affecting the transport system in the body.

The classification of cancer can be done in 5 broad groups:

What Can Be Done?

When we analyze the causes of cancer, we get evidence that the various common types of cancer are largely avoidable. The fact that many causes of cancer relate to the lifestyle and environmental factors is a clear indication that it can be avoided.

Cigarette smoking contributes to 30% of cancer deaths. In the developed country, it is estimated that 4% of cancer deaths are attributed to occupational factors. This includes risks involved at work places such as exposure to dangerous rays that alter the body cell structure. Employees’ safety and health should be observed in order to avoid such risks.