Signs and symptoms of bruxism can be troublesome, with stiffness and/or pain in the head, jaw, temples, face; bitten tongue, cracked or chipped teeth and so on resulting from night time teeth grinding or gnashing. So it is important to detect what is the underlying cause of the problem that causes a person to gnash, clench or grind their teeth at night. Based on the understanding of what is causing this uncontrolled nocturnal activity, it is possible to formulate appropriate treatment. 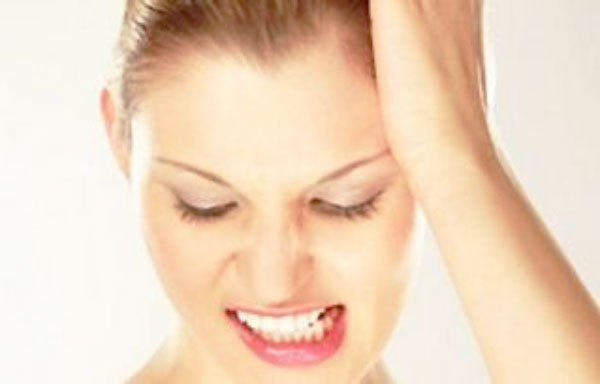 Not only this, Bruxism can be caused by a particular reason but may become habitual and may continue even when the reason is no longer present. So, what underlying factors could be responsible for Bruxism?

Bruxism is a common thing among children and an estimated 20 to 30% of kids do this. It could be caused due to stress that a child faces or due to physical factors such as misalignment of the milk teeth. It could also be teething or an earache that causes pain, in response to which children may grind or gnash their teeth at night. Hyperactivity is also a predictor of teeth grinding.

In many childhood cases, Bruxism resolves over time so nothing may be required to be done if symptoms are not severe. However, there are worrisome problems that could underlie the teeth grinding such as upper airway obstruction, problems with enlarged tonsils, and these would have to be looked into and resolved.

Other sleep disorders or medical conditions

Sometimes other sleep disorders such as sleep apnea, hypopnea or snoring could be causing the problem. Since some sleep disorders can be potentially life threatening it is important to get to the bottom of this. Medical conditions such as Huntington’s disease or Parkinson’s disease could also underlie this disorder.

As anger can cause us to gnash our teeth when awake, so can anger and frustrations lead to Bruxism. Stress, anxiety and tensions of life that are unresolved can also cause this problem. Similarly, certain personality types that that are more aggressive or competitive may be more prone to this sleep disorder.

Some instances of nighttime teeth gnashing may be triggered by consumption of caffeinated foods or beverages, smoking, drinking and drug abuse as well. Also, consumption of certain medications such as antidepressants and so on can cause episodes of Bruxism.

Structural dental abnormalities or misalignment could also be an underlying cause of bruxism.