When we think of diarrhea, we tend not to think of it as a big deal – after all it’s just three or more loose or liquid bowel movements a day and may possibly be accompanied by stomach cramps. But did you know that diarrhea can be fatal? Also did you know that it is the second highest cause of infant mortality worldwide? Diarrhea caused 1.5 million deaths of children below age 5 and 1.1 million deaths of individuals above age 5 in 2009. This gives us an idea that diarrhea can in fact be very dangerous if left untreated, or if it is not treated within time.

Why Is Diarrhea So Dangerous?

The main reason why diarrhea is dangerous is because it causes dehydration – due to loss of water by way of bowel movements. As much as a gallon of water can be lost per day in this way. Not only that, many essential minerals and salts (electrolytes) also get excreted; most importantly sodium and potassium. 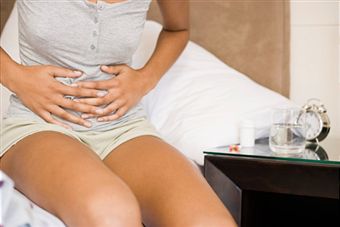 Water and electrolytes are so essential for every bodily activity that when there are insufficient levels of these in the body, this has disastrous consequences. The consequences can be particularly dangerous for young children and the elderly. Quite literally diarrhea can really take it out of you – you can feel weak, drained and enervated as a result of the frequent bowel movements. When the diarrhea is chronic; occurs repeatedly over longer periods of time, this does not allow proper absorption of nutrients. This can lead to long term deterioration of health.

Apart from the frequent, loose or watery bowel movements, following are the other symptoms of diarrhea:

Rather than a single disease, diarrhea is a symptom of several different diseases or infections. The underlying cause of diarrhea is important to diagnose so that effective treatment can be started.

Crohn’s Disease, Irritable Bowel Syndrome and malfunctioning of the colon or the intestines could also cause diarrhea.