Malaria is a potentially dangerous mosquito-borne disease that is caused by a parasite named Plasmodium. When we are bitten by an Anopheles mosquito that has been already infected by the parasite, the malarial parasite enters our body. After entering the bloodstream, it infects the red blood cells and destroys them, resulting in symptoms like fever, headache, and shivering. Even though it is curable, every year tens of thousands of people die because of it.

Causes Are, More or Less, Certain

The only way you can contact malaria is when you are bitten by an infected Anopheles mosquito. 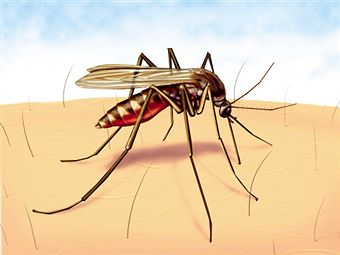 But it can also get transferred from mother to child during pregnancy. There are 4 types of Plasmodium parasite and each one of it causes different types of malaria:

Symptoms Are Too Common

After you are bitten by the Anopheles mosquito, the symptoms will start showing up within 2 weeks. Following are the usual symptoms to look out for:

Diagnosing with Certainty Is Important

Since the symptoms caused by malaria can also be observed in other diseases such as cholera and typhoid, physicians suggest patients to undergo blood test in order to confirm it. Local medical shops sell dipsticks that help in determining vivax and falciparum malaria within few minutes. Such a test can be done without visiting your doctor.

It Can Be Prevented

Malaria is mainly caused and spread by mosquitoes. So wherever you find mosquitoes, in those places, there is a high chance of contracting malaria. It is mainly prevalent during the rainy season. In places where dirty water remains accumulated for longer period, breeding of mosquitoes is rampant. Since accumulation of dirty water is a breeding ground for anopheles mosquitoes, you should make sure dirty water does not get pooled at the place where you stay. You should cover your windows with mosquito nets. Make use of bed nets and mosquito repellent creams in order to avoid mosquito bites.

And Yes, It Is Treatable

Even though malaria has caused staggering number of deaths, it is a treatable disease. Early diagnosis is very important. Your physician may prescribe you antimalarial drug like choloquine or quinine or mefloquine.