The number of people who become victims of misleading news has been rising since the last decade. There’s no exception in the case of misunderstandings about mental health and psychological well being. This has been mainly due to the lack of proper resource of information. So, in this article we talk about some of the most common misconceptions about mental health problems and try to segregate myths from facts. 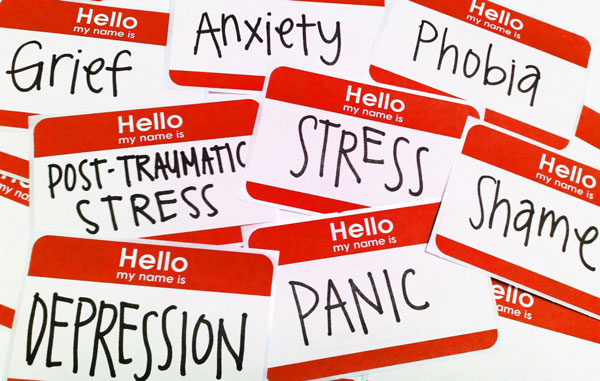 This hoax is set up by certain doctors, advocates, and so-called healthcare professionals merely to get what they want from you. These people don’t have much backed-up research to justify such and they may be speaking their own thoughts only, despite thinking of the psychological condition of the patient.

Actually, there are many other factors to consider rather than purely biological or genetic elements in mental health disorders. Therefore, never be a victim of such fraudulent statements that claim mental disorders to have purely biological roots. In this connection, psychological traumas are oftentimes neglected which is supposedly one of the most important factors to tackle. As a patient, you should be well equipped with the relevant knowledge to differentiate between truth and lies. Assuredly, it cannot be biological or genetic properties alone that cause psychological imbalance.

It is possible that you are told to take some medications, when you consult a doctor over an illness specifically a psychological one, like depression or agony. In most times, patients inquire about the duration they are obliged to take the prescribed medicines. If something like this happens, most physicians provide a common answer, saying to the patient to maintain the prescribed dosage and timing for as long as possible. This triggers a preconception in the patient’s mind that the disorder is incurable.

If this is the case, he or she might consider giving up his battle against the disorder. Since there’s no use for medications anymore, he or she further depreciates in terms of mental well being. To life up the hopes of the psychiatric patients, most mental disorders can now be cured or reversed.

It might be possible that you have been told by your doctor that you have a special kind of disease, which is one of a kind. This, in turn, might have led you to think that you have a different type of disease that is most likely incurable. However, this is not practically the case.

According to a latest survey, conducted by National Institute of Mental Health USA, 1 out of every 5 citizens from the country is more likely to be diagnosed of having a mental disorder. Hence, you are not the only one with this illness. There are still many other individuals who are in the same boat as you. Although most mental problems in the statistics are just of the mildest forms, there’s no doubting that it has already become a commonality among many individuals.

4. You will immediately be brought to the hospital if you were found to have a mental health disorder

It’s up to you to decide everything. It’s you who control your own therapeutic regimen because you will be the one who will approve of the informed consent. Let nobody rule over your decision even if they are your doctors. Some regimens for treating mental diseases already involves home care and special controlled environment centers that’s why it’s not immediately decided that you will go to a hospital filled with insane people. Mental health problems can easily be solved if you ask assistance from a professional and get the medication as soon as possible.

Well, when it comes to choosing the best healthcare provider, you shall first consider the expertise level of each healthcare provider. It could be a clinical doctor, a psychiatrist, a psychologist or a psychotherapist for as long as he or she is well trained with the latest methods of the field. There are many professional who can help you and they are not only the primary care physicians or general practitioners.

6. Mental health professionals make tons of $ by exploiting their patients.

During the times when psychological treatments were not that established, many doctors lavishly fed on the money of their patients. On the contrary, during this moment of crises it is not totally like those days. Since the patients find themselves incurring a wide list of expenses, they are made to think that healthcare professionals make tons of money and are extremely rich. However, most physicians nowadays try their best to help the patients and not think much of the money they can grab from them.

There are people who directly don’t go for the medication, even though they know that they are nervous and sick with mental stress. Instead, they try to curb the stress or the traumatic feeling by doing something else. Many people go to bar and drink in the hope of forgetting the stress. Some may go to the park and hang out with friends, or play some game. However, it’s really important to know that none of these really work out. Since you are not a doctor, how come you know about the correct treatment? Therefore, it’s strongly advised to go for some prescribed medications, as soon as possible.

8. Mental health disorders are infected from person to person

This is generally understood as a very common misconception and doesn’t need any debate to prove that this is a myth. It is very rational that there’s no transfer of any form of bacteria from other people. You don’t need to worry either about being associated with people who have mental disorders. There’s also no connection whatsoever for you to be a victim of the same disorder that people you keep company with have.

9. Psychotherapy takes too long to heal

This is another myth that people believe in. In the past, it was true that it took some considerable time for the healing process to complete. However, times have changed today and the course is totally different today. With the advancement of Science and technology, everything has become more productive and effective and so has psychotherapy. Therefore, never be afraid to opt for a psychotherapeutically conducted solution.

10. You can’t control your mind

This is often the case when you feel uncomfortable and a bit nervous. Nevertheless, you can still control your mind because you are not psychologically taken over by someone else. Just concentrate and try to take in some meditation sessions and everything else will be alright. This will help you get hold of yourself and fight the horrible mental disorder that you are having, if any.