Sleep apnea in children is a sleeping disorder in which a child stops breathing repeatedly when he is sleeping. It might happen for anytime between ten seconds to one minute. This usually happens because of an obstruction in the child’s airway due to enlarged tonsils or adenoids. 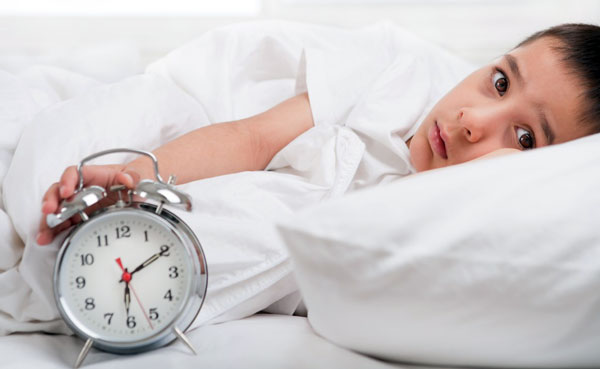 There are two kinds of pediatric sleep apnea. One is OSA or obstructive sleep apnea and the other is CSA or the central sleep apnea. OSA is more common in small children.

It is marked by reduced or absent flow of air through the nose or the mouth causing reduced supply of oxygen to the blood. Children with this condition have a restless sleep at night, are struggling to breathe during their sleep and usually snore.

There are also repeated pauses in the breathing pattern of the child making him feel choked and gasping for breath. This may result in profuse sweating or bed wetting in children. When the children wake up in the morning their mouth is dry, are confused or have a severe headache.

Sleep apnea in kids is sometimes considered to be a grave medical condition and its complications may include cardiovascular problems, neuromuscular disorders, disease of the tonsils, fatigue during daytime and medication and surgery complications.

Sleepiness in children will bring in personality changes, problems in their interpersonal relationships and bad performance in their school. In short there is a lagging behind in development of children with sleep apnea.

Causes of sleep apnea in children:

Following are the most common causes of sleep apnea in children:

Diagnosis of sleep apnea in children

Apart from a thorough study of child’s tonsils, snoring, behavioral problems, sleepiness etc., a sleep study is the best possible way to make sure that the child does have sleep apnea.

A sleep study is nothing but a systematic study through wired attached to the child and a computer, which helps measure and know the child’s sleep pattern, his breathing and his oxygen level. This is not an invasive study and can be done at night for older children and at daytime for infants.

Treatment for sleep apnea in children

No drug or medication can treat sleep apnea in children. So, you should consider the following treatment options:

It is true that sleep apnea in children causes disturbed sleep; nevertheless, it is important that you help the child in maintaining good sleep habits such as a fixed sleep and wake up time, avoiding indulging in any stimulating environment before sleep time, a quiet and a dark bedroom and avoiding consumption of drinks containing caffeine.