Buttermilk (also known as chhas in South Asia) is a traditional dairy based drink that is used in many cultures as a meal accompaniment or as a nourishing beverage with health giving properties. This is a drink made from the liquid left over after churning butter out of cream, typically served with a dash of salt added to it. It is also made from fluid separated from yoghurt or curds. In many traditional cultures it is served with asafetida and curry leaves added to it as a digestive. The drink is thought to be cooling as well as nutritive.

Buttermilk is low in fat and easy to digest. This is considered an acceptable form of dairy. Nutritionists recommend 2 to 3 servings of dairy per day and buttermilk can count as a serving as well as cheese, yoghurt or milk. The naturally acidic nature of buttermilk can also help calm heartburn. Here are some major health benefits of buttermilk:

Like live culture yoghurt, buttermilk also contains live bacteria that is good for the digestive tract. This live, friendly bacteria lives in the gut and naturally aids digestion, which can also help to alleviate digestive problems such as mild diarrhea. Buttermilk is typically taken along with a heavy meal so that it helps ease and overburdened digestive system. 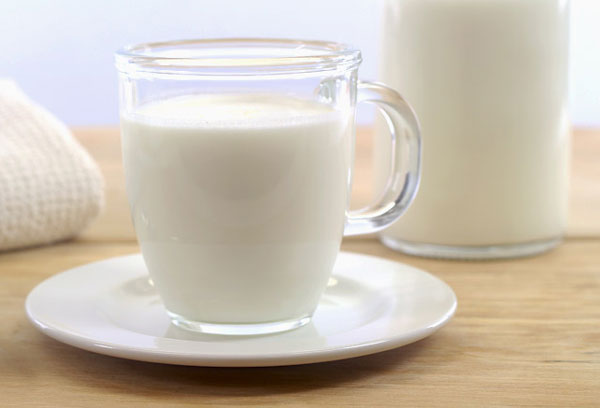 Buttermilk is particularly indicated in summers because it is thought to be cooling and because it helps replenish lost water from the system. Traditionally buttermilk can act as an effective way to fight water loss either due to heat or diarrhea since buttermilk can help restore electrolytes lost from the body. However some ayurvdic experts recommend against using buttermilk in summer and advise that it be consumed during winter.

Buttermilk is a source of protein and calcium, the much needed nutrients for the body. According to some estimates a cup of buttermilk can provide as much as 284 milligrams of calcium; nearly as much calcium as contained in a cup of milk. Similarly, a cup of milk contains about 8.11 milligrams of protein, nearly as much as a cup of milk. Since this is a low calorie, low fat beverage, it provides nutrition to the body without the fats that many dairy products contain.

Other Nutrients Found in Buttermilk

Buttermilk is also a good source of some of the B vitamins; particularly riboflavin which is important for conversion of food to energy. One study has also found that buttermilk can help to naturally lower harmful cholesterol levels and that making it a part of one’s diet could be beneficial.