Creatine is a protein building block or amino acid that is created by the body in the liver, pancreas and kidneys. It is found in foods such as fish or meat. It is stored in the muscles after being converted to phosphocreatine, and thereafter utilized by the body for energy. Creatine supplements are very popular and are commonly used by athletes and body builders. It is presumed to enhance a person’s athletic ability and increase the muscle mass, especially during a high energy and short timeline sport such as weightlifting.

Creatine has a few potential uses in the body which include providing some additional energy for the muscles, muscle volumization, buildup of buffer lactic acid, and enhancement of protein synthesis in the body. 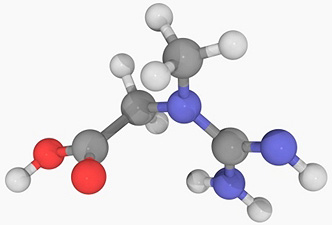 Other major uses that creatine is commonly known for are improvement of athletic performance, assistance in prevention of heart disease or heart failure, improvement of muscle strength and reduction of muscle dystrophy.

Studies have shown that it increases muscle fitness in people suffering from Parkinson’s disease. Although different studies vary in results, most have similar conclusion in that creatine is beneficial to the body in terms of building muscle strength.

Half of the creatine found in the body is from amino acids created in the liver, kidneys and pancreas while the other half comes from the food we eat which includes meat, especially herring, salmon and tuna. Creatine can also be taken in the form of supplements which are widely sold as tablets, capsules, energy bars, powders and drink mixes.

Overdose, Side Effects and Precaution

Due to potential side effects such as muscle cramps, stomach upsets and dizziness, supplements should be taken under supervised observation by an informed healthcare provider. High doses are said to disrupt the body’s function of generating its own creatine. However studies have indicated no major side effects for up to 6 months dosage. Teens or children are not recommended to take the supplements.