Researchers have found an inversely proportionate link between sleep and obesity. Recent studies show that less sleep might mean a bigger waistline. Not only is this true for adults, it has proven to be true for children as well. 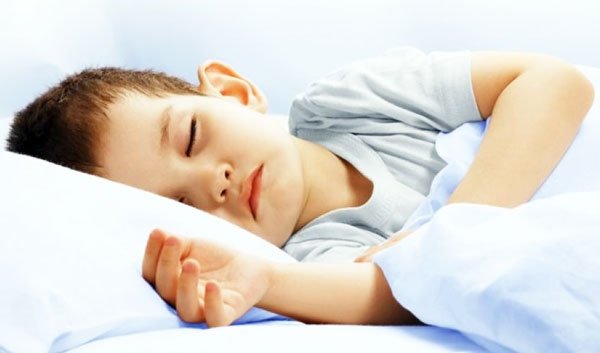 With lots of pressure from schools for studies as well as for extra-curricular activities, it is increasingly becoming difficult for children to have a good shut eye, which can prove to be bad news as far as weight gain is concerned.

But the good news is that if youngsters are allowed to sleep longer during holidays and weekends, it might make up for the negative effects of lost sleep during the work week.

The research also found that children aged between four and ten, with less sleep and irregularity in their sleep schedules, were four times at risk of becoming obese. In addition, they had unhealthy blood indications which marked the start of other medical conditions such as diabetes and cardiovascular diseases.

It was also found that kids who caught up with their sleep during weekends or holidays reduced the risk of obesity and other conditions three times than that of children who get proper sleep.

Apart from weight gain, the other problems that lack of sleep can cause in young children are decreased memory, cognitive performances, lack of focus and attention, hyperactivity, depression and helplessness.

Researchers suggest that as parents it would serve in the best interest of your child if you set consistent bedtimes for them and make them sleep the correct amount.

Some of the best ways in which you or your kid can catch up on sleep is to let yourself or your children sleep with no alarm clock and for as long as you or they are able to. Even then, you can avoid the risk of obesity and disease only partially, especially if you are depriving yourself of proper sleep as an adult.