Plastic surgery has become one of the most talked-about issues among young females rather than men. It’s obvious to opt in for a plastic surgery if you have incurred a physical deformity. But it can’t be recommended that you shall go ahead with plastic surgery just because you want to. Plastic surgery is a medical treatment, intended to restore the function of your body and it is also involved with alleviating deformations of your body. 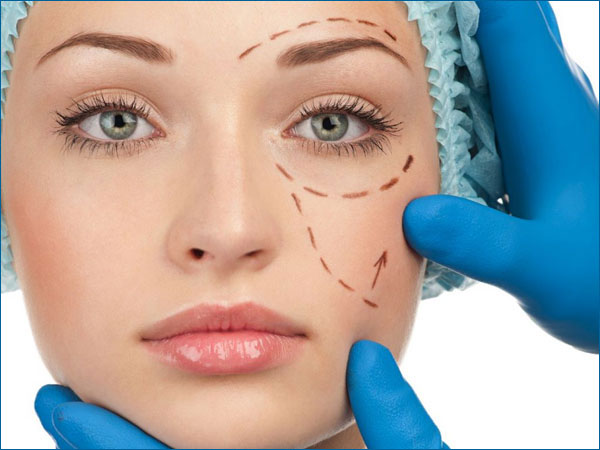 We know that plastic is artificial and so is the plastic surgery. In the process of plastic surgery, you undergo a certain medical procedure and in the end, you will be no more genuine and natural as you used to be before. It is true that you gain a beautiful and smart look. But can you afford to live as an artificial being?

Here are some major risks and dangers of plastic surgery and why it is bad for your health.

What everybody expects from a plastic surgery is a better rejuvenation, which guarantees that you look younger than you used to be. Even the word rejuvenation will appeal to almost anybody. Although this appears more easy and handy to perform, you should well know the side effects that come along with surgery.

The best thing to do is just refer the people who underwent plastic surgery recently and have their comments. To be honest, you will find that most of them are traumatized with mental agony and depression, which are very influential towards your health in general.

One of the biggest issues dealt with the young women is breast augmentation which is also called augmentation mammaplasty. As women want to make their breasts larger, this kind of surgery is carried out more frequently.

In this process, the breasts are reshaped with a breast surgery and the process seems maneuverable if affordable. We can’t accuse the young who are not aware of the outcomes because they just seek a more gorgeous look as they are not educated about the side effects.

Instead, it is needed to make the young aware of the bad outcomes and prevent them from choosing plastic surgery. Suppose you had a breast augmentation, you still need medical consultation and frequent visitations to the doctors in order to keep your new look as it is at the longest time possible.

This leads you to spend much money and seek the best advice. Out of your own pocket, you will need to pay the doctors’ channeling fees, consultation charges and medical expenses.

Bleeding is usually a common incident just after a surgery and it can extend to a hazardous situation, unless the ideal precautions are taken. In such a case, the color of the skin could turn out to be blue or purple due to a status, referred to as hematoma, whose presence is made up by undue blood clotting and its accumulation inside the skin.

Although the blued skin portion could have possible pains, it would gradually decrease, as the anti-clotting defense system of the body would be in action. Unfortunately if the hematoma persists, it will compress the neighbor tissues and disturb the flow of Oxygen, which is an elementary requisite for the cells.

Swelling, inflation and skin deaths will follow in the long run, while the coagulated blood will need to be removed. Therefore immediate bleeding, which can cost a lot of problems, also contributes to the dreadful effects of plastic surgery.

4. Plastic surgery may be a threat to one’s life

Many people, aged between 25 to 50 years prefer to have a tummy tuck. Technically referred to as abdominoplasty, this involves removing the surplus of both fat and skin to make the abdomen look normal.

In such a case, one will have to undergo a serious plastic surgery which can be dangerous as far as the facts are concerned. You should have to know the surgeons and their credits very well in order to be more comfortable during the therapy. Moreover, automatically you risk your life in such a case.

To speak technically, in order to make a long incision along the hipbone, it requires the necessary expertise, talent and concentration of the plastic surgeon, as far as the success of the surgery is concerned.

If something goes wrong, it could directly harm your life rather than just the abdomen. You have to be knowledgeable enough to understand how the muscles of your abdomen wall will be tightened as the process goes on.

The lack of understanding will probably cause unexpected results in the end and naturally they won’t lead to happy conclusions as well. A slight malfunction during the surgery will lead to more agony in general. Therefore, a plastic surgery will not be an issue unless you want to risk your own life.

Among other side effects of plastic surgery, nerve damage also holds a certain type of importance, as it can have adverse health problems in the near future. The worst news is that nerve damage can cause your body parts to paralyze, without proper treatment.

In the beginning, some weaknesses in the movement of the muscles can occur, followed by the symptoms of numbness and tingling sensation. However, nerve damage does not last more than a single year under the correct supervision. Perhaps additional surgeries will be required to call an immediate halt, depending on the typical conditions of your nerve damage.

If you have done a plastic surgery recently, you are much likely to undergo a situation like this. Have you ever worried about the attitude that your close ones have towards you as they initially notice you after the surgery?

The bitter truth is that most of the people, even your acquaintances will not agree with your decision of having gone through a surgery. They will probably treat you as someone artificial. However, this may develop further making you ignored and neglected whenever they want to.

It also should be said that there could be few, who would appraise you and admire your new look. Nevertheless, most wouldn’t. Thus, you can easily get your presence neglected if you seek the refuge of plastic surgeries.

7. Follow-up surgeries one after the other

Once you get hold of plastic surgeries, you can’t get rid of other partial surgeries, which shall follow on successively. You will be asked to undergo a wide range of tests and occasional check-ups in order to keep the new look appropriate.

Thus, all the plans for the plastic surgery will be stuffy and you won’t have the freedom even to breath amidst being busy preparing yourself to be familiar with your “enhanced” body parts.

Sometimes it generates hard feelings when someone outspokenly makes humorous comments on your new look. All these could be irritating and you will definitely find that you need to have a great personality to face such confrontations.

It’s time you made strong decision which should quintessentially be to avoid any possible plastic surgery and opt for the more natural and human-friendly alternatives. Therefore, it should be emphasized that under no circumstances, plastic surgery will be an option since you now know how dangerous and risky it can be.