Bhringraj is a herb commonly used in traditional medicines. Also known as false daisy or yerba de tago; the supplement is derived from a flowering plant that looks much like the daisy and generally considered to be a weed. Various parts of the plant are used as a tonic for the liver and the plant is also used as an anti aging supplement. But is it really effective for hair growth, and to what extent?

The traditional Indian system of medication, Ayurveda holds Bhringraj (the Sanskrit name that has been used for the herb for centuries) to be an important herb possessing several positive qualities. It is thought to have natural anti bacterial properties as well as anti inflammatory and pain killer properties. 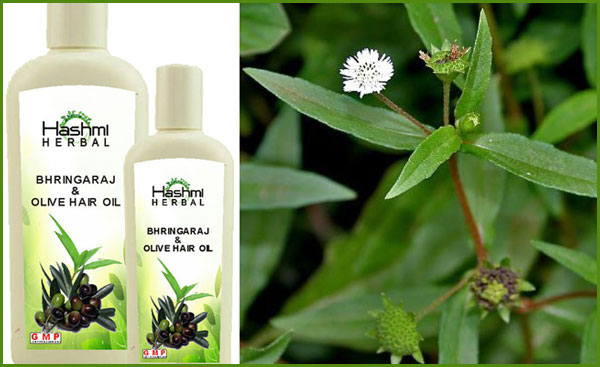 Bhringraj is known to be important for hair health and growth, which is why it is also known as keshraj (a word that comes from two words ‘kesh’ meaning hair and ‘raj’ meaning king or kingdom). Ayurveda prescribes bhringraj as a natural way to boost hair growth. Topical application of this herb in an oil formulation is known to help in stimulating hair growth. It is possibly the anti inflammatory properties of bhringraj oil that could help with restoring hair growth.

Ayurveda recognises three doshas – pitta, vatta and kapha. For good health, these three doshas need to be in proper balance. When the pitta dosha within the body is in excess, it is thought to cause various bodily symptoms including hair loss. Bhringraj is thought to restore the natural balance of doshas within the body and hence help in regrowing lost hair and also help improve skin health. There is anecdotal evidence to support use of bhringraj oil for the treatment of alopecia areata.

The oil application itself is important for improving the condition of the hair, making it shiny, healthy and sleek; possibly improving thickness of hair as well. The massage of bhringraj oil into the scalp may also beneficial because it increases the amount of blood reaching the scalp, thereby triggering hair growth. It can also help in another way – the massage itself can help to increase feelings of wellbeing and lower stress; helping a person sleep better. Stress itself is a known culprit in hair fall and lowering overall stress levels could contribute to the hair fall treatments used, perhaps making them more effective.

Clinical trials conducted on mice have demonstrated some benefit for re-growing hair; so it can be considered to hold promise as a hair loss treatment for humans as well.