Bone marrow transplant or Hematopoietic stem cell transplantation to use its proper medical terminology has long been used as a treatment for cancers of the bone or blood (leukemia). In recent times, bone marrow transplant treatments are also used to treat auto immune disorders; however the treatment has to be used with caution since the risks are high.

Recently the use of bone marrow transplant for HIV and AIDS was also much in the news, with claims being made that patients were actually cured of their disease with the help of the bone marrow procedure.

How bone marrow transplant was used for patients with HIV 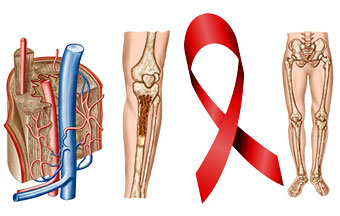 Doctors from Brigham and Women’s Hospital in Boston USA had treated two HIV positive men for Hodgkin’s Lymphoma. When they received bone marrow transplant for the lymphoma, it was found that there was no detectable HIV in the blood of the patients. These findings were presented by the doctors at the International AIDS Society Conference in Kuala Lumpur, Malaysia in July 2013.

Traditionally the primary treatment available for arresting HIV is anti retroviral therapy (ART). This helps control the virus in the bloodstream. When ART is stopped the virus typically multiplies fast. However after the bone marrow transplant, the virus did not rebound even when the ART was stopped. The procedures were performed on the Boston patients three to five years ago and the patients remained HIV free though they had not been taking the ART for between 7 and 15 weeks.

Does bone marrow transplant hold out hope for HIV and AIDS patients?

Though the findings are encouraging scientists and researchers are treating the findings with caution. According to some experts it would be too soon to say that the patients are “cured of HIV”. The virus is known to hide out in pockets of the system such as the brain and the groin, dormant for years before making a reappearance. It is a wait and watch situation, say doctors.

So while there is some hope that bone marrow transplants will help those with AIDS and HIV, are problems that still exist. It cannot yet be said that this treatment can and will “cure” HIV or AIDS.