Frequent travel across time zones may fetch you a lot of Frequent Flyer Miles, but what it could also fetch you is bags under the eyes, digestive disturbances, headaches, fatigue, disorientation, drowsiness, lowered productivity and even depression! So jetlag is clearly not something that one should ignore, since the ill effects of jet lag could well spill over into other areas of your life and impact health negatively. 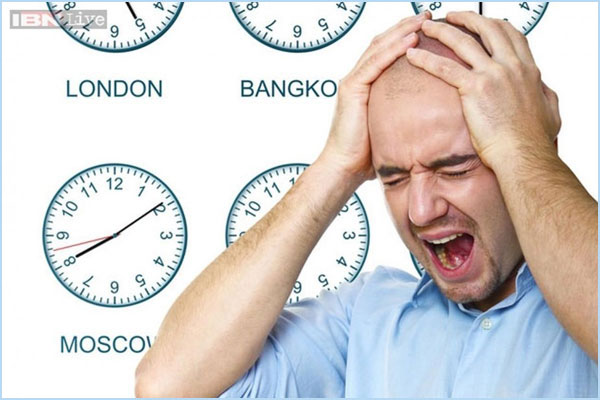 Any of us can suffer from jet lag, when traveling across time zones and when the circadian rhythms of the body tend to be out of sync with the local time. Jet lag remedies can be considered by those who frequently travel across time zones needing to adjust and readjust their body clocks frequently.

While there are tips and tricks that one can use to try and avoid jetlag, but what can one do if one’s travel schedules are such that jet lag cannot be avoided?

Frequent travelers are not the only people who may need remedies for jet lag. Even those who are going for a vacation that involves travel over several time zones may consider some jet lag remedies to make sure that their holiday enjoyment is not impacted by the problems that jet lag can cause.

Also these remedies may be indicated more when traveling west to east (when you lose time rather than east to west where you gain time).

This is because research has shown that people find it easier to stay up late rather than get up early and that this is true for a majority of us.

How to minimize jet lag symptoms

One can start to adapt to the time zone of the place they plan to travel to in advance; a few days before actual travel. Starting the daily routine a couple of hours earlier about a week in advance, use of a light box and so on can help. Adapting to the destination’s time zone can include adjusting meal times as well as waking and sleep timings.

During the flight as well, it is important to stay hydrated by drinking plenty of water and to avoid alcohol and caffeine both of which can exacerbate the symptoms of jet lag. Getting sleep during the flight is also a good way of making up the future sleep deficit that jet lag could cause.

Melatonin – Studies have shown that one of the most effective means to combat jetlag is to take medication containing melatonin. Melatonin is a chemical produced by the body when it senses darkness (night and therefore sleepy time), and its production decreases when light is sensed (daytime and awake time).

Taking a prescribed dose of melatonin (between 0.5 and 3 milligram doses) before going to bed is known to help in adjusting to a new time zone. However, there could be side effects of this drug, which can cause confusion, drowsiness, lethargy, and impaired mental acuity when taken in higher doses.

Using a light lamp – This is a natural way to try and control melatonin production in the body. The use of a light lamp as part of light therapy taken at prescribed times can help lessen the impacts of jetlag.

Fasting – Another way to help the body adjust to a new circadian rhythm (which is the aim of overcoming jetlag) is to not eat for about 16 hours, which can help to change your body clock to a new setting. The idea is to not eat at all while on that long haul flight and then only eat when it is breakfast time in the time zone where you land.

Argonne Anti-Jet-Lag Diet – This diet was developed by the U.S. Department of Energy’s Argonne National Laboratory to help counter the effects of jetlag that could occur when flying across three or more time zones.

This diet outlines a detailed way to try and avert jetlag symptoms by starting to eat in a prescribed manner a few days before the date of the flight and then alternating between fasting and feasting in a predetermined manner to minimize jetlag.

Off label use of Viagra – There is some evidence to suggest that Viagra could help counter some of the impacts of jetlag particularly when traveling eastward.

Keeping a nightlight on while sleeping – There is also evidence to suggest that a person can recover from jetlag faster if they sleep with some sort of dim light on.

Sun exposure – After arrival at the destination, sun exposure can help the body readjust to the altered time zone since the body’s circadian rhythms have a lot to do with daylight and night time darkness.

The thing with jet lag remedies is that different remedies seem to work with different people and different combinations of these can work with varying degrees of efficacy.