Usually, when a person goes to the hospital for general health checkup or due to a certain ailment, there are several tests that can be undertaken for diagnosis of the ailment or various types of medical conditions observed. One of the tests or procedures that a patient may be asked to undergo is venipuncture.

It is the process of collecting blood from a vein for laboratory observation or testing. This is usually done by a skilled medical professional who is trained in this procedure. Medical professionals who are trained for this procedure are also known as phlebotomists. Small veins situated at the back of a person’s hand or at the folding part of your arm are the veins commonly identified and used for this purpose. 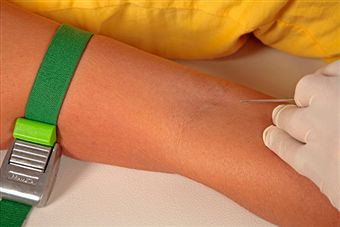 The tools that the phlebotomist requires for the procedure include syringes, collection tubes and needles. After a phlebotomist has performed the procedure, he or she will provide a code that is used in issuing a bill. The phlebotomist will give the code to the patient who will issue it to his or her health care provider. Patients in a few cases are instructed to follow certain instructions before undertaking the procedure which include avoiding specific drinks and foods, fasting or changing their medication use.

There are few complications that may occur during the procedure such as fainting, hemolysis and excessive bleeding. During the procedure, a patient should always be lying or sitting down to avoid injury from falls. Other than venipuncture, there are also alternatives ways of drawing blood such as drawing blood samples from the finger by using a certain device known as a finger stick.